This happens when the morality of people has decayed.

We witness the prophesy in this Hadith every time the wrong person is accepted as a leader and today, we are seeing this reflected in more and more places and with greater frequency.

The matters mentioned in the hadith are becoming a daily occurrence.

Everywhere across the world, we see many of the honest tell the truth but are deemed as liars due to the media that paints (portrays) them as liars by distorting reality and misrepresenting the facts, making the truth appear to be wrong.

Reality has been corrupted. It is not pure anymore. And people are affected by this constant perversion (twisting) of the truth, so that their hearts and minds are misled by amplified accusations and falsehoods that impair their judgement.

People’s hearts and minds are bombarded by words and images that twist reality and misrepresent facts thereby influencing people and impeding their judgment. The truthful appear to them as liars, and the liars appear as the truthful.

People are left with so much confusion. Distorted and biased reports and conflicting information are presented before the people on a daily basis, and thus, we can no longer figure out who is truthful and who is a liar.

People of trustworthiness are treated like cheaters and traitors, and the traitors are treated like trustworthy people. What on earth is going on? Changing the reality of things and changing facts takes place every minute in our society. People are being deluded and manipulated.

People being good or bad are very much influenced by the society in which they live. If the environment is righteous, the people will be righteous, but if the environment is unrighteous, people will be unrighteous as well. Hence, Muslims wherever they live, they are commanded to bring changes into their societies by introducing positive and praiseworthy qualities of life and getting rid of negative and blameworthy ones.

Reminding us of this duty, Allah states:

“You are the best nation set forth for (the guidance of) humanity, you command decency and forbid vice and you believe in Allah” (3:110)

A Muslim wherever he is and in whatever time he lives, he is commanded to be with the truthful and to side with them under all circumstances. Reminding us of this, Allah states in chapter التوبة:

We are living in a time which is described as modern, as in this time, science and technology have advanced rapidly. Almost every human need can be met by a machine.

Advancement in science and technology in this modern time does not make our life on this planet more tranquil, but rather the opposite as most of the devices that are invented in this modern time are being abused to enable people to commit crimes in all forms on the surface of the earth.

Modern weaponry is invented in this modern time not to kill other beings that are harmful to human lives but to kill our fellow human beings for economic purposes and territorial gains.

Life is precious for the white race as well as for the other races. Everything can be replaced except life. However, in this modern time, the life of some people has become less valuable to others due to the difference in race that is beyond the human control. Allah states in this respect:

Modern weaponry is invented in this modern time to destroy and flatten the magnificent and tall buildings that cost billions to erect.  Then they build new buildings at costs that leave their victims in perpetual debt for generations to come.

This is stupendous greed, evil and a modern form of wholesale enslavement of entire nations.

And what a waste! Buildings are destroyed whilst so many people in so many nations cannot find a simple roof to sleep under and cannot find enough food to stave off starvation and malnutrition.

In this modern time, sins are committed everywhere under the pretext of freedom, and human nature is forced to change along with human logic and rationality to the extent that the human mind is now forced to acquiesce to a confused gender-fluid humanity.

IVF and surrogacy have changed the meaning of procreation. The miracle that takes place in bringing opposites together to live in a loving household is projected as a fearful challenge.  What a sad world we live in.  Learning to create a loving household with the opposite gender is becoming a task too difficult as lobby groups attempt to engineer a new generation that will not even have to try but will rather be content at only cohabiting with the same gender or becoming gender-fluid instead of dealing with contemporary challenges and allowing themselves to grow through overcoming these challenges.

We were Allah’s most honoured creation.  But we are being forced to descend into the deepest ditch.  Allah Ta’ala reminds us of this:

“We have certainly created man in the best of moulds (forms) and endowed him with all the positive qualities, then We reversed (reduced) him to the lowest of the low in rank in a consequence of man’s turning away from the path of truth.” (95: 4-5)

We are now living in a time wherepeople are turning their backs on the guidance of Allah and running after pleasures. Consequently, they suffer moral decadence, and the future of the world becomes gloomier than ever before. The further away people live from the time of prophethood, the worst their condition will be.

“Keep yourself whole-heartedly content with those Muslims who pray to their Lord morning and evening in order to earn His pleasure, and do not turn yourself away from them in quest (pursuit) of the beauties of this world’s life” (18:28).

The verse indicates that if you associate yourself with the true believers, you will be elevated spiritually. The desire to be like them will intensify. But if you turn your attention wholly to the people who love only this worldly life, they may lure you to their wealth, magnificent houses and other beauties of this world which will cause you to forget the remembrance of Allah.

Reminding us further to befriend the God-fearing people, Allah states in chapter: Luqmaan:

“ … and follow the way of those who turn back to Me in repentance. Then to Me you all will return, and I will remind you all about what you used to do in the world.” (31:15)

Follow the path of those who return to Allah in repentance, who act upon His guidance andwho establish Islam in their homes and in their works.

Coming back to the hadith that I mentioned earlier in the start of my paper. … when these happen, the incompetent people who lack the knowledge, the character, and wisdom will be tasked with the responsibility to run the public affairs. They will be speaking on our behalf whether we like it or not. This is happening all over the world. Reminding us of its consequences, the prophet stated:

“When the power or authority comes in the hands of unfit persons (when the government is entrusted to the undeserving people), then wait for the destruction of that nation.”

The time of Ruwaybidah is the time where the fake religious scholars would love hover near those with authority to obtain worldly gains.

Sa’id bin al-Musayyib said: “If you find an ‘alim remaining constantly with princes, then consider him a thief.”

In this time of Ruwaybidah, we see many fake ulamaa competing with each other in magnifying and praising their unjust and authoritarian (dictating) rulers to gain nearness to them. You must detach yourselves from such types of Ulamaa, otherwise, you will follow them to Hell.

“A time will come where people will draw themselves close to some people who can be classified as devils to be enlightened in religion by them and they instil in them (a corrupt understanding) about Islam”. 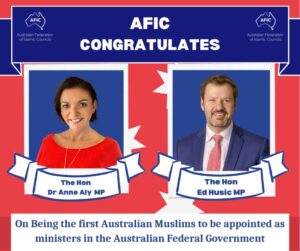