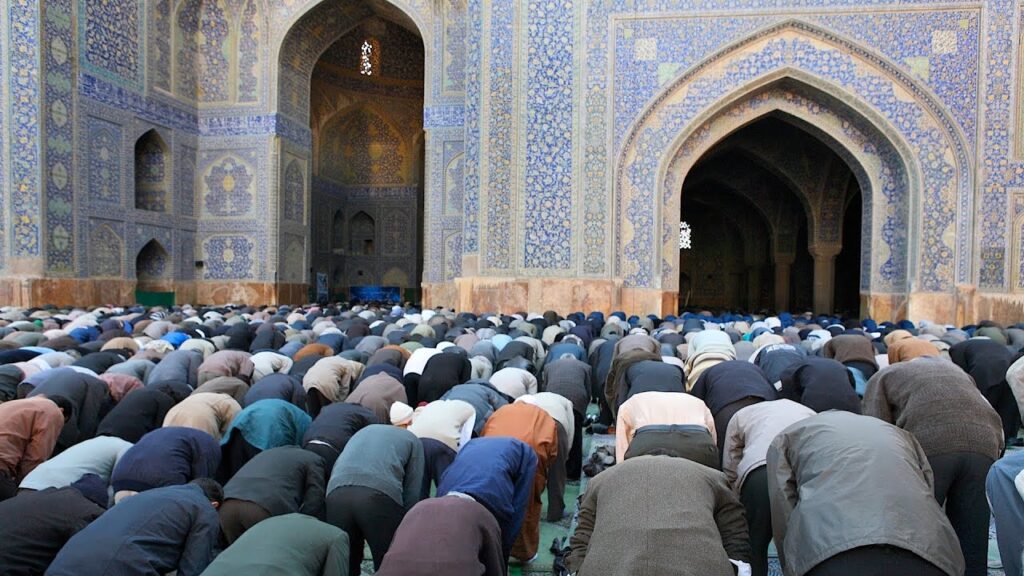 He again stated in chapter Al-Muddaththir:

When Allah wants to take a community to task for their evildoings, He may employ any of His above-mentioned soldiers.

The wind is one of the soldiers of Allah which He used in the past to end oppression and safe the downtrodden.

Allah used it to ruin the people of Aad who were amongst strongest people on earth. Boasting about their strength, they used to say as mentioned in the Quran:

Allah had endowed the people of Aad with magnificent strength in their bodies such that they could easily carry and crush large boulders. They were the strongest people on earth with huge bodies and muscles. This made them so proud and had caused them to remain stubborn in denying the messages of Allah. Their prophet warned them against the wrath of Allah for their obstinate wrongdoing; their answer was: “Who is greater than us in strength?”

So, Allah sent the wind which was stronger than them and the wind ruined them into a bad memory.  It lifted them up and threw them head first to the ground.  Their heads cracked and they became like standing palm trees without heads. Thus, their plight became a lesson for following generations.

To destroy the people of Thamood for their evil deeds, Allah used different kind of soldiers, His angels.Theirfierce strong and powerful screams caused the people’s hearts to breakup inside their bodies. Allah says in this respect:

“We utterly destroyed all of them, and now those dwellings of theirs are ruined as an outcome of their evil deeds. In this, behold, there is a lesson for people who know (righteousness). In destroying them, We saved those who believed and led a righteous life.” (27: 51-53).

Destroying the people of Noah for their sins, Allah used a flood as His soldier.  This flood reached high mountain tops and drowned the evil-doers who took shelter thereon.

Destroying the people of Shuaib for their oppressive deeds, Allah used an earthquake as His soldier. Allah says in this respect:

“Consequently, the earthquake annihilated them, leaving them dead in their homes.” (7:78)

Prophesying what will happen to his community in the future, the prophet said:

“During the final days of my community there will be frequent collapsing of the earth, transformation of people in their character and hearts that make them indifferent to lawful and unlawful, and the good and bad, and stones shall rain upon the people from the sky.”

Epidemics and diseases are of God’s soldiers which He permits to pervade cities as a punishment for the oppressors and the corrupt.  The prophet, peace and blessings upon him, said in this respect:

“Plague is a punishment which Allah sends on whom He wishes, but Allah makes it a blessing for the believers as if a believer died of a plague and he was patient over his fate, he would have a reward similar to that a martyr.”

He has also said in a lengthy hadith:

“When immoral acts are committed openly among a people, plagues and diseases that were never known among the predecessors will spread among them.”

He warned the Muslims and the rest of humanity of the danger of committing immoral acts and in particular committing them openly and perpetually.  It is these corrupt acts that result in the spread of plagues and deadly diseases that were not known to their predecessors.

What the prophet warned the people of has come true with the appearance of AIDs, the Coronavirus (COVID-19) and other deadly diseases in our time as an outcome of people’s illegitimate relationships such as fornication, sodomy and the like.

Islam has come with guidance that is in harmony with human nature. It manages human nature, refines it and raises it above the animal level to suit that which is intended for human being as the most honourable creation of Allah.

Islam manages the relationship between a man and a woman on a noble and holy (pure) basis.

Islam aims at creating a clean and pure society possessing noble character traits that enable humanity to carry out their mission as the devotees of Allah on this earth.

What happened to the people of Sodom and Gomorrah is a great lesson to people of all ages.  Their torment descended upon them for their corruption and degradation of their human nature.  They rejected the salvation that was brought to them by prophet Lot. Allah said in this respect:

The outcome of their act was: “We turned their city upside down and showered them with devastating rocks.” (15:74)

Hence, whatever befalls humanity on the surface of the earth from earthquakes, plagues and misfortunes is but a result of their own deeds individually or collectively.

Any misfortune that strikes the Muslims is a result of their own wrongdoings or negligence; it serves as a means of purifying them in this world and alerts them to amend their ways.

Any disaster that strikes the disbelievers is a result of their disbelief and crimes, and their punishment in the life to come is more severe unless they repent, believe and amend their ways.

“Except for those who repent, believe and do good, for those, Allah will transform their bad deeds into good deeds, and Allah is Oft-Forgiving, Most Merciful.” (25:74)

Founding member of ANSB, and Chairman of the Islamic Council of South Australia